Congratulations to the Schneider Electric project team for a first place finish at the 23rd Annual Triangle CREW Champions Awards! Schneider received the award for Best Interiors, which recognizes an interior project in a commercial space that has improved the overall aesthetics and functionality of a space, which in turn has improved its marketability and/or workplace environment. This project beat out 24 other nominees in the category.

A global leader in energy management and automation, Schneider Electric is a multinational company servicing homes, buildings, data centers, infrastructure and industries by combining energy technologies, real-time automation, software and services. With offices throughout the world, including several in the Raleigh-Durham area, the company took advantage of a unique opportunity to unify nearly 300,000 square feet across multiple local sites into one cutting-edge, collaborative space in Morrisville, NC. By centralizing the team’s collective knowledge and experiences under one roof, the company embarked on a transformative journey to build a space that would help attract and retain top tier talent, create an environment to invigorate internal collaboration, and meaningfully highlight Schneider Electric’s continued investment within the community.

After a 12-month construction process, this vision was brought to reality by transforming an abandoned Sam’s Club warehouse space in Morrisville into a 65,000 square foot, state-of-the-art facility for Schneider Electric. This novel project aimed to develop a model the rest of the company can emulate moving forward and will set the standard for the company’s “new ways of working”.

Schneider’s new space promotes increased flexibility and collaboration through features including a shared ‘pulse’ work area, multiple huddle rooms and training facilities and a flexible outdoor space, while phone rooms, private offices and quiet spaces provide areas for focus and clarity. Multiple onsite labs were created for research and product development and testing, each of which was customized and specifically designed for the end users. Additionally, the entire space was designed to maximize access to natural light by keeping window lines as open as possible and using the many existing skylights to provide great natural ambient light. All of these enhancements were incorporated into a single floor, activity-based design and work cohesively to promote employee satisfaction, interaction and productivity. 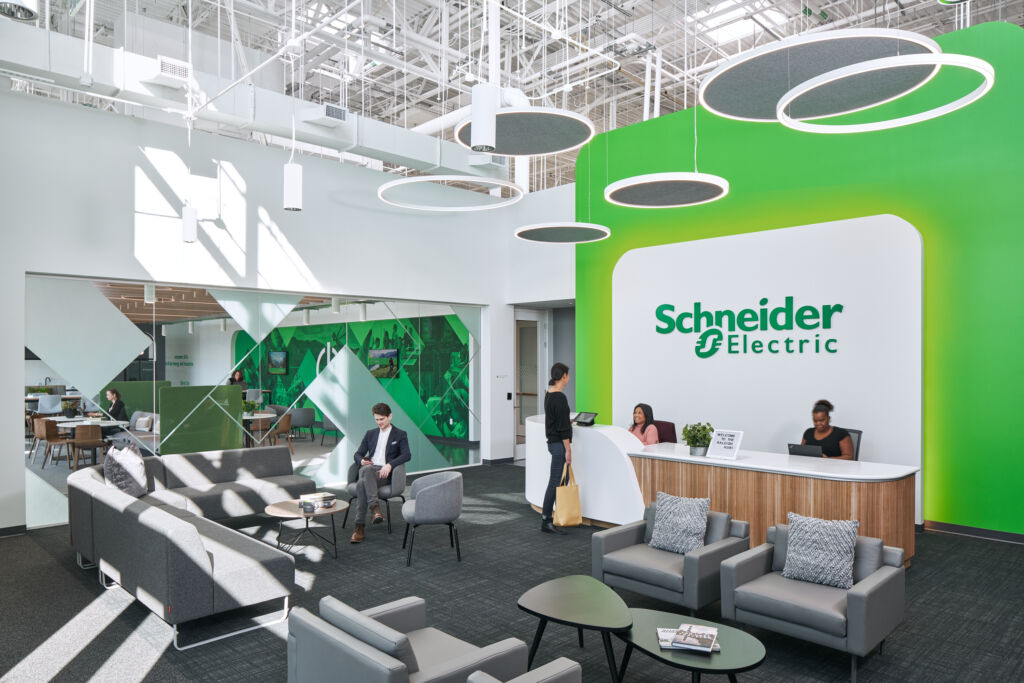 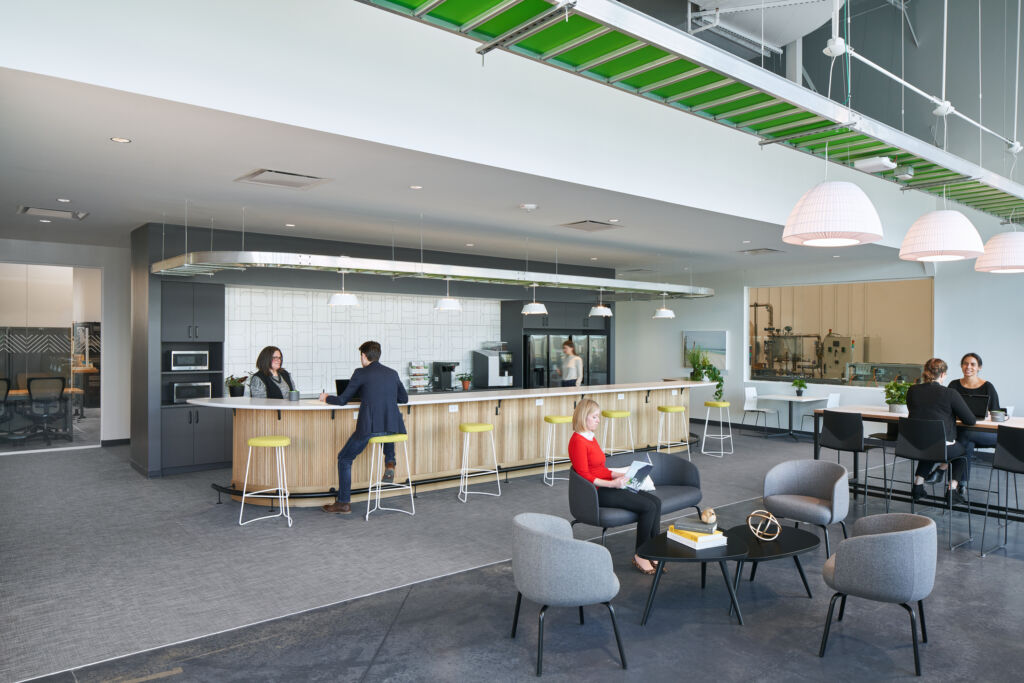 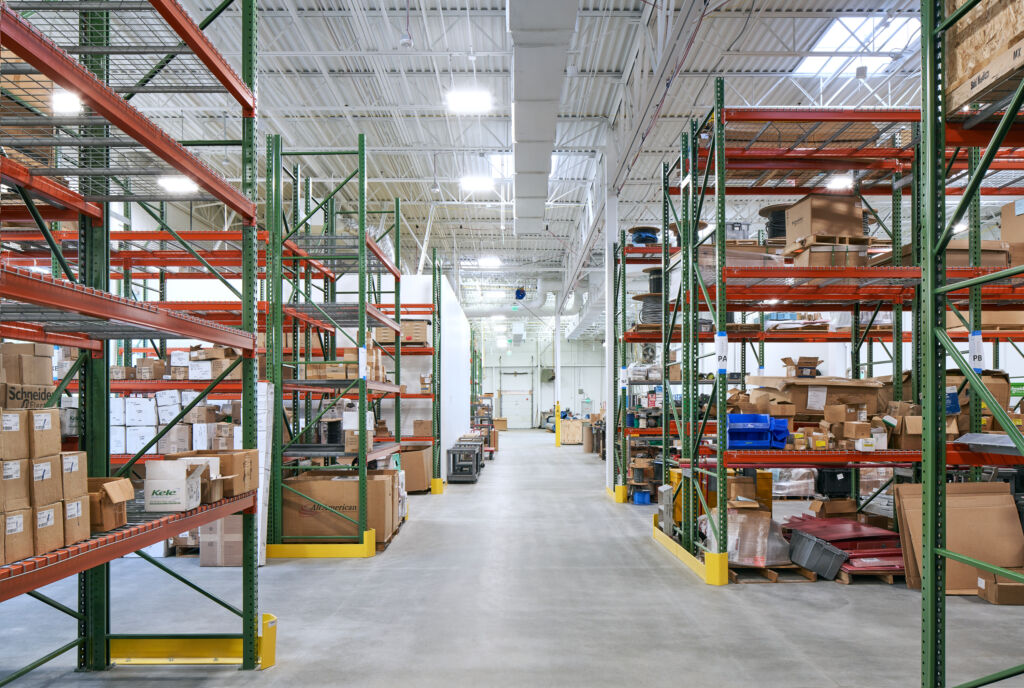 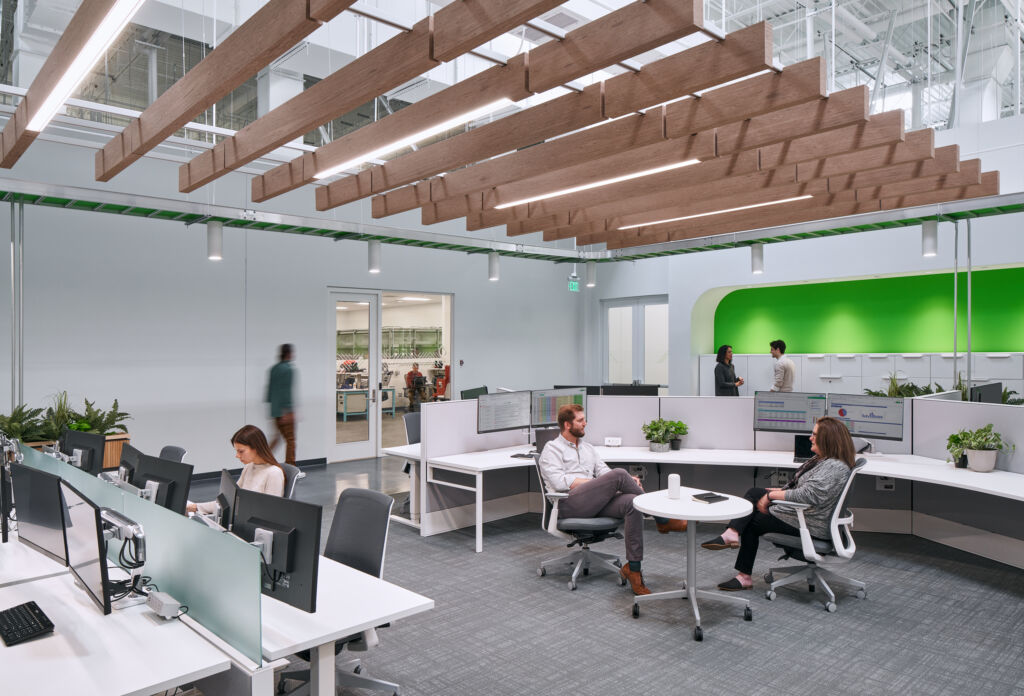 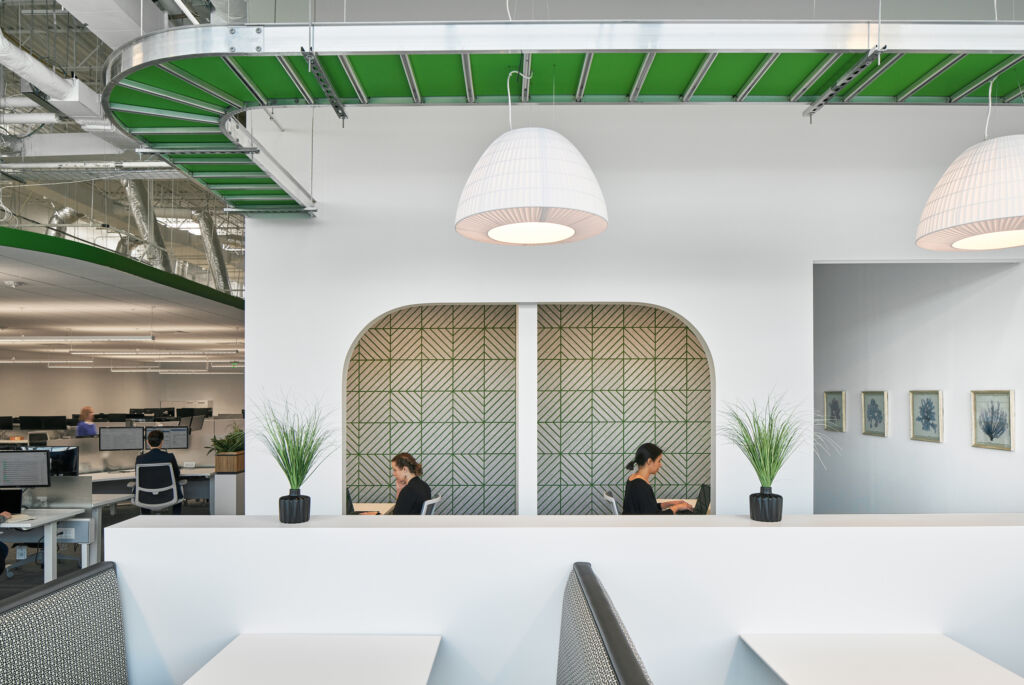 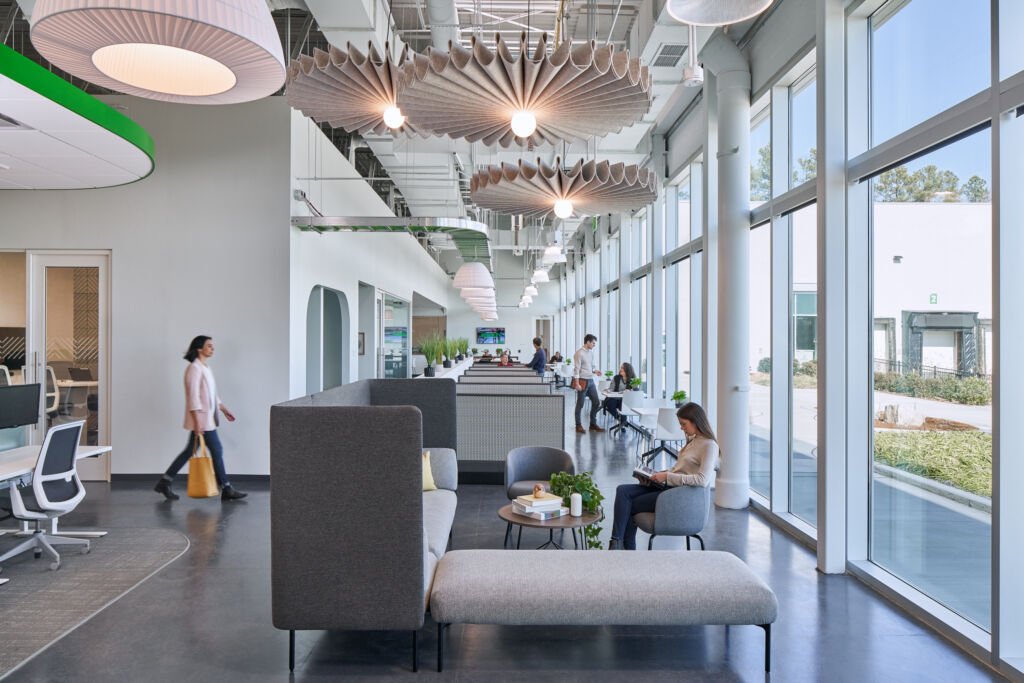